Download
In observance of Memorial Day, Mon. 5/30/22, all branches will be closed.
Our Customer Banking Center is open from 9 a.m. to 3 p.m. HST. Our Online and Mobile Banking & select ATMs are available 24/7.
Close mobile signup menu 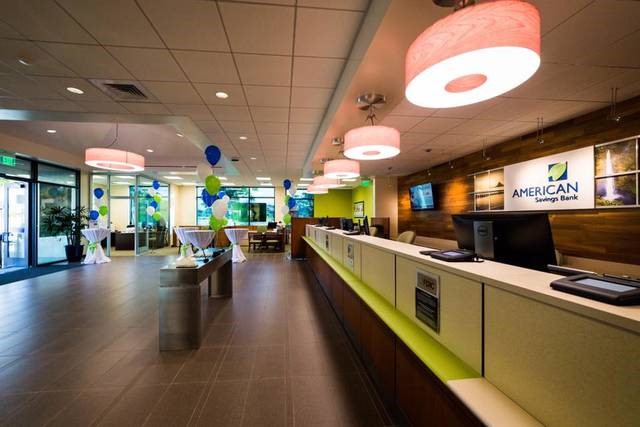 American Savings Bank’s relocated Kapolei branch is across from Foodland.

The branch is across from Foodland Kapolei off of Kapolei Parkway at 888 Wakea St. It features a two-lane drive-through teller line, additional safe deposit boxes and will be open seven days a week and on holidays. Nina Cabal is the branch manager and Tiarre Salima-Domen the assistant branch manager.

American Savings also said it expects construction of its new headquarters in Chinatown to be completed toward the end of 2018 with the opening set for early 2019.