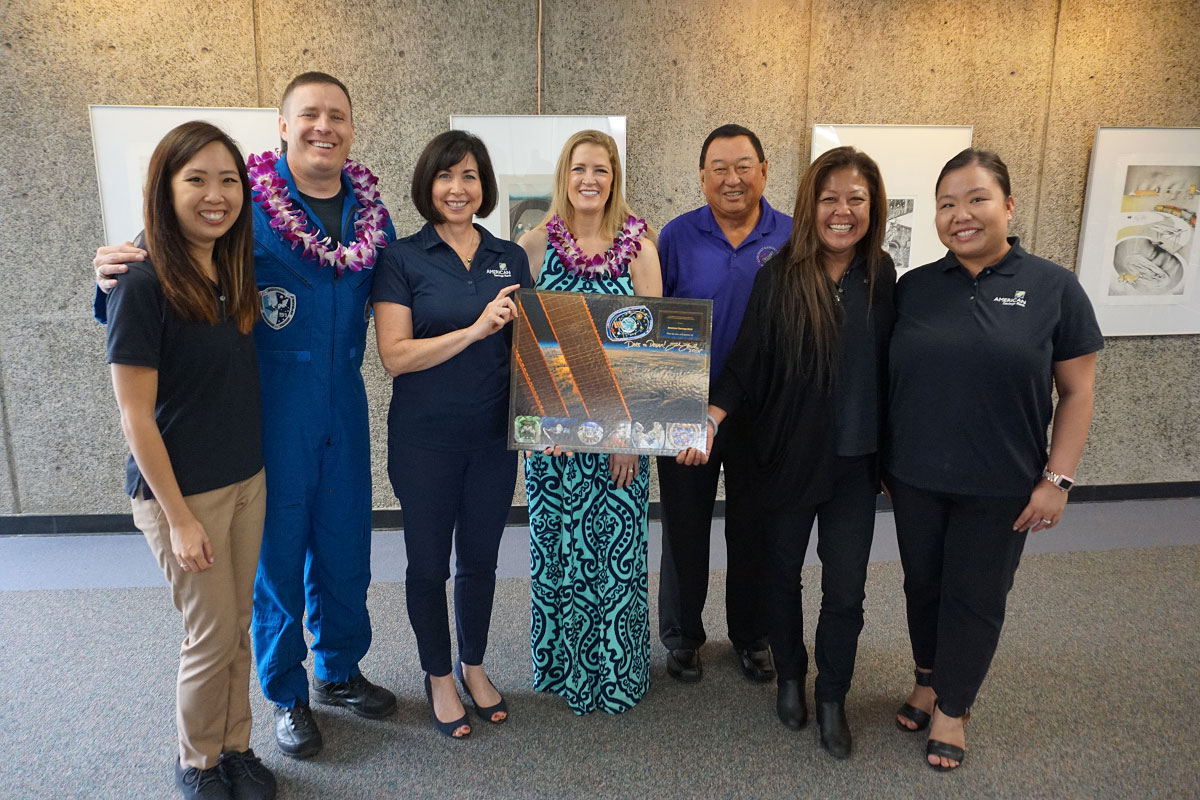 The event, presented by American Savings Bank (ASB), featured Col. Jack Fischer, a NASA astronaut, who shared his stories of space travel with students from across the state.

The Astronaut Ellison Onizuka Science Day has welcomed thousands of Hawai‘i youth to explore topics in science ranging from satellites to space travel. “My brother once said, ‘vision is not limited by what your eye can see, but by what your mind can imagine.’ It is my hope that his science day will continue to inspire Hawai‘i youth to imagine great opportunities for Hawai‘i and the world,” said Onizuka. This year marks the 32nd anniversary of the Challenger mission.

At the event, students had the opportunity to participate in interactive science-themed workshops, take part in a robotics competition, enjoy a complimentary lunch and meet the astronaut.

Col. Fischer was selected by NASA in July 2009 as a member of the 20th NASA astronaut class. A Colorado native, he served as a flight engineer aboard the International Space Station of the Expedition 51/52, and during his 2017 mission, logged 136 days in space with two spacewalks. During this mission, Col. Fischer completed hundreds of scientific experiments for the crew with his fellow astronauts. He has worked in the CAPCOM, Soyuz, International Space Station Operations, ISS Integration, and Exploration branches of the NASA Astronaut Office. Col. Fischer is an Air Force Command pilot with over 3,000 flight hours in more than 45 types of aircraft.