about us / meet our leadership / beth whitehead 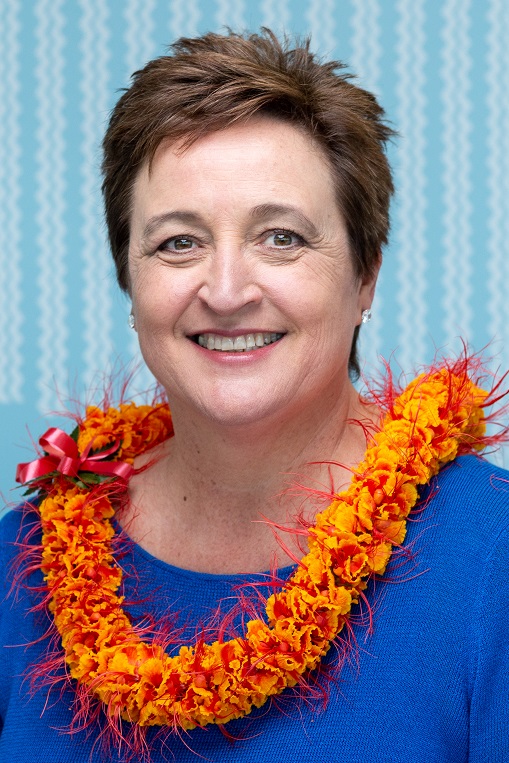 In her role, she develops programs and benefits that provide opportunities for teammates to fulfill their careers within the bank. In 2019, Beth spearheaded the company’s move to the new ASB Campus, a building that brought together more than 650 teammates from five locations on Oahu in an innovative, collaborative workplace.

Under her leadership, ASB has been recognized both locally and nationally for its outstanding teammate experience. The bank has been recognized as a Hawaii Business Magazine “Best Place to Work” for 11 consecutive years (2010-2020), including as a winner in the large company category in 2015. Fortune Magazine named ASB one of the Best Workplaces for Women in 2015. ASB is the only Hawaii bank to be recognized five times by American Banker Magazine as one of the Best Banks to Work For in America (2013, 2014, 2015, 2016, 2018).

Prior to joining ASB in 2008, Beth served as deputy general counsel of First Horizon National Corporation, a diversified financial services holding company, where she oversaw mergers and acquisitions and managed the legal division. She also served as general counsel at National Commerce Financial (NCF). While there, she served on the company's executive committee, managed mergers and acquisitions as well as coordinated integration teams for NCF's expansionary activities.

Beth has received the following recognitions for her leadership and community impact: Hawaii Business Magazine’s 20 for the Next 20 (2015), Pacific Business News’ Women Who Mean Business (2013), Girl Scouts of Hawaii Women of Distinction Honoree (2016) and the YWCA Leader Luncheon Academy Honoree (2019). She was also selected as an Omidyar Fellow, Cohort IV. Through her leadership, ASB provides extensive support to Hawaii schools and nonprofit organizations.

Beth graduated with honors from both the University of Mississippi, where she earned a Bachelor of Arts degree in English, and from the University of Arkansas School of Law, where she received her Juris Doctorate. An active member of the community, Beth is a board member for the Hawaii Theatre Center, Child & Family Service, and Girl Scouts of Hawaii; a former board member for the YWCA of Honolulu and the YMCA of Honolulu; Helping Hands Hawaii; the Better Business Bureau of Hawaii; and past board chair for the Women’s Fund. In 2016 she was appointed by Governor David Ige to the State of Hawaii Workforce Development Council. She also serves on the Board of Advisors for the Center for Banking and Finance at University of North Carolina School of Law.